Where did we get those old law books? It's quite a story. It starts when Washington was president ...

These law books have been handed down from lawyer to lawyer, including: Richard Henry Lee, 1732-1794. Justice of the Peace, Delegate to the Virginia House of Burgesses and the Continental Congress, signer and leading proponent of the Declaration of Independence, President of the Continental Congress 1784-85. But most importantly, he did more than anyone to ensure that a Bill of Rights was added to the Constitution. He bought and inscribed some of these books for his son, Francis Lightfoot Lee II, 1782-1850. 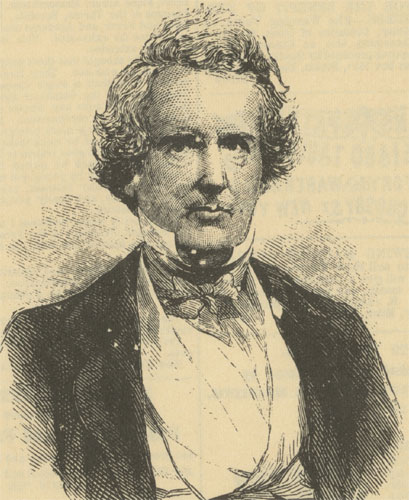 John Janney, 1798-1872, was a Quaker, Unionist lawyer in Leesburg, Virginia. Among his many great works was the successful defense of free-born Underground Railroad conductor Leonard Grimes of Leesburg. He was almost President: in a pivotal Virginia Whig caucus, he tied with John Tyler on the first ballot for the 1840 vice-presidential nomination. Henry Clay said, “He is the first man in Virginia and has no superior in the United States.” He was a delegate to the 1851 Virginia Constitutional Convention, which tried to heal the breach between eastern and western Virginia, and President of the 1861 convention that he hoped would preserve the Union. It swung in favor of secession when Lincoln called for troops to march against the South. He then had the bitter honor of formally giving Robert E. Lee charge of Virginia’s forces.

“Squire” Lawrence Bowers, 1810-1901, was called that because he was a local magistrate in Boone’s Creek, Washington County, Tennessee. He helped found the Boone’s Creek Academy. Ralph Waldo Crouch, Sr. was his grandson. 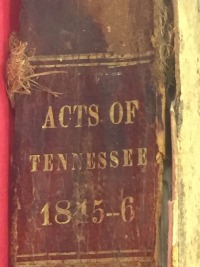 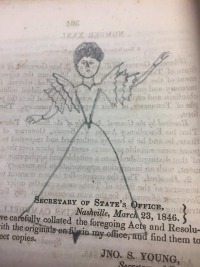 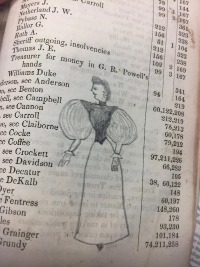 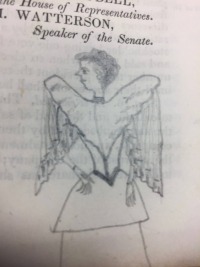 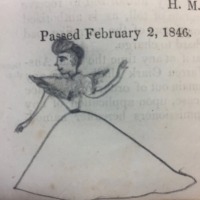 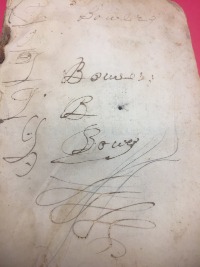 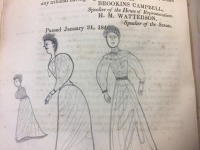 Matthew Harrison, 1822-1875, was a Leesburg lawyer, known in the legislature as “The Loudoun Lion”. 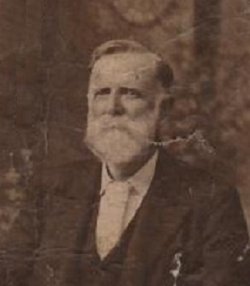 The Rev. Alexander Broadnax Carrington, 1834-1912, from Charlotte Court House, Va., studied at Washington College and practiced law, but then chose the Presbyterian ministry. He was chaplain of the 37th Virginia Infantry under Stonewall Jackson. His final pastorate was at Greenwich Presbyterian Church in Nokesville, Va.

E.S. Oliver, owner of our French Code Napoleon, was a New Orleans lawyer and businessman in the mid-19th Century. He won Lavillebeuvre v. Cosgrove, about the right to reopen a boarded-up window through a common wall between two properties, under the French version of easement law, called “destination du père de famille.” He lost a case against his agent for letting a debtor pay him in Confederate money and investing it in Confederate bonds, because he didn’t complain when he heard about it, thinking he could “sit on his rights.” 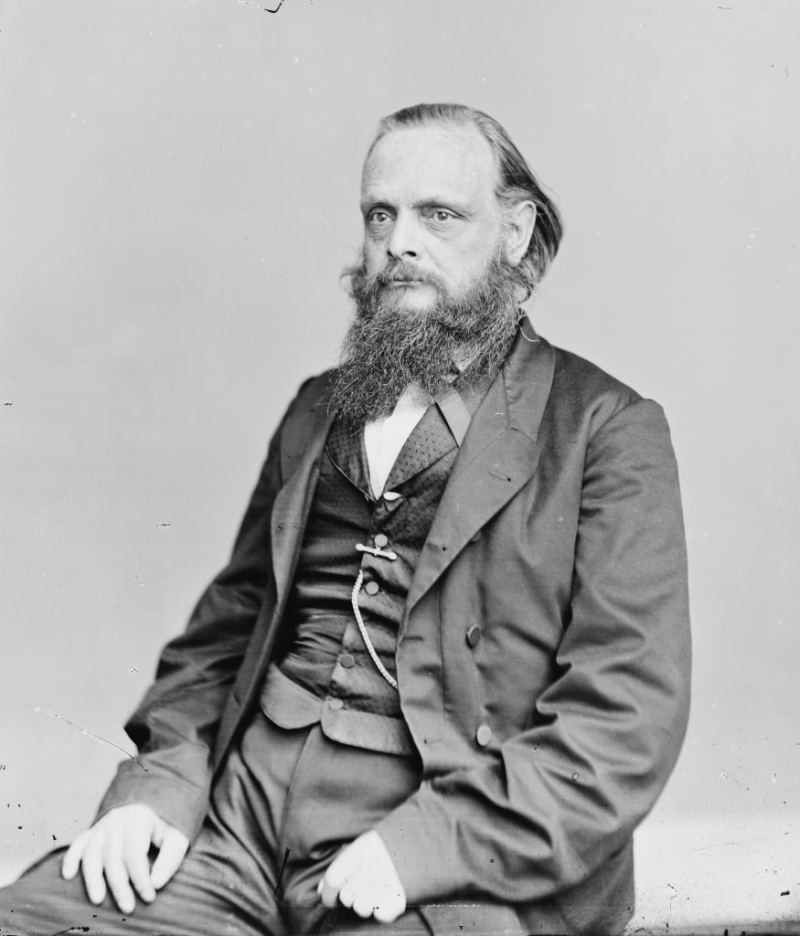 Samuel Ferguson Beach, a Connecticut-born Alexandria lawyer, city councilman, and banker, lost a Northern Virginia congressional race in early 1861, then filed a challenge to election practices at Ball’s Crossroads, now Ballston. He was a leading member of the Constitutional Convention for the "Restored Government of Virginia," and unionist Northern Virginians elected him to Congress, which refused to seat him. He represented the Lee family of Arlington House, and other former Confederates, in Virginia and U.S. Supreme Court cases overturning the wartime seizure of their land. He won Colston v. Quander, upholding a Fairfax marriage that was illegal when made because it was between a slave and a free Negro. In other cases he argued for upholding a law preventing free blacks from testifying against whites, and that Congress’s return of Alexandria and present-day Arlington to Virginia was unconstitutional. He helped lead efforts to give black Virginians voting rights, and was appointed United States Attorney for Virginia. He was once co-counsel with future President James A. Garfield.

Samuel McCormick, 1849-1937, son of Justice Francis McCormick of Weehaw, briefly served in the Confederate Army, then studied law at the University of Virginia, where he owned these books, and then at Washington College, now Washington & Lee University. He was an honorary pallbearer for Robert E. Lee. He was a lawyer, farmer and businessman in Clarke County, Virginia, and was Court Clerk there from 1904 to 1912.

Joseph J. Darlington, 1849-1920, was a leading Washington lawyer, citizen, prize pig breeder, and president of the City Orphan Asylum. He taught law at Georgetown University, and gave Ralph Waldo Crouch, Sr. a copy of his treatise on The Law of Personal Property. They were neighbors in Herndon and commuted together on the W&O.D. Railroad. A memorial to him at Judiciary Square has been criticized for its utter lack of resemblance to him. 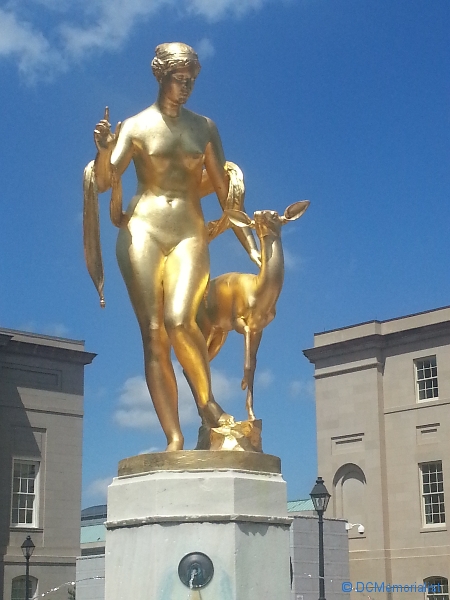 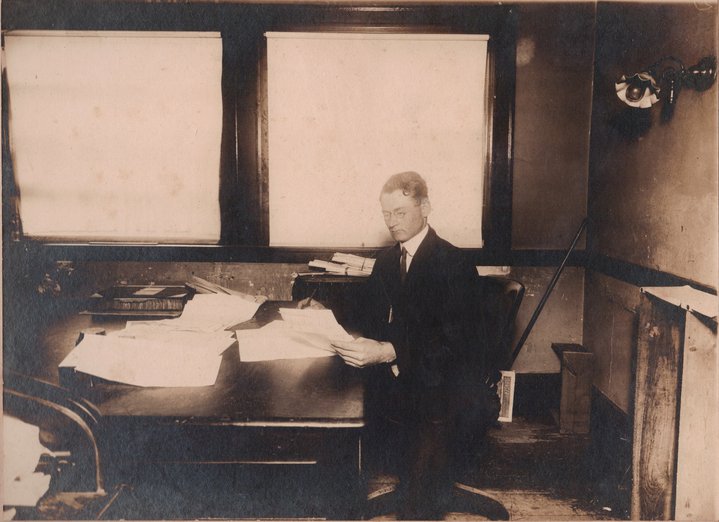 Ralph Waldo Crouch, Sr., 1881-1968, was youngest of ten children of a Baptist preacher, and his inheritance was one horse, which he sold to buy a ticket to Washington to seek his fortune. He did a variety of jobs, including streetcar conductor, and went to school at night while raising a growing family. He graduated from Georgetown Law in 1912, and was a tax lawyer and estate-tax auditor for the U.S. Government, commuting by train from his in-laws’ farm in Herndon. He later joined Crouch & Crouch, practicing in Arlington and Richmond. In retirement he moved back to the farm his great-grandparents had settled in the late 1700s in Boone’s Creek, Tennessee.

George Edelin, 1891-1938, Georgetown Law 1918, joined Julius Peyser’s general and administrative-law practice in Washington, D.C., where his early work included U.S. Supreme Court cases. He was a law professor at the University of Maryland.

George J. Schultz, 1885-1961, earned doctorates in law, medicine and divinity, and was a law professor at the University of Maryland. He married George Edelin’s brother’s widow. After his death his law books were entrusted to her goats, in his barn in Hyattstown, Maryland, until Richard Edelin Crouch retrieved a few of them. 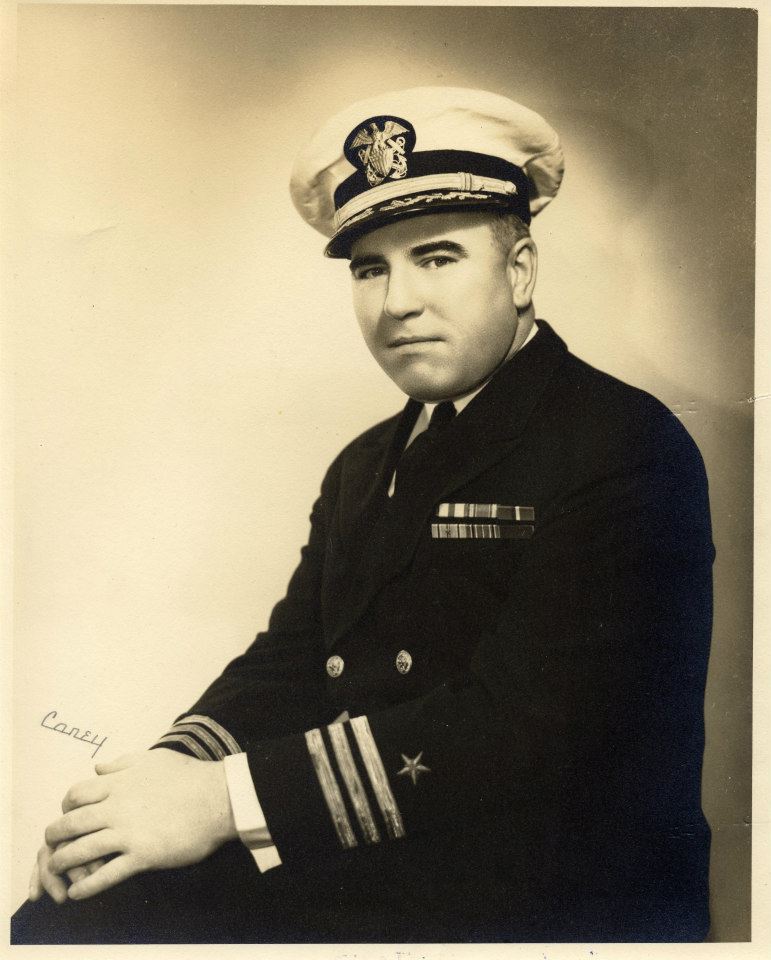 John Walter Edelin, Jr., 1905-1980. His naval career started on President Coolidge’s yacht, where he assisted the President in an unannounced amphibious landing at George Washington’s birthplace, to fierce combat in the Battle of Peleliu, to the military governorship of the Palau Islands.

John W. Jackson, 1905-2006, was a legendary Arlington prosecutor and lawyer. He taught trial skills at the George Washington University Law School. In semi-retirement he was still an eminence and mentor to everyone in the office suite of John Perkins, where Richard Crouch had his first full-time law office after leaving Family Law Reporter.

Howard Wade Vesey, 1906-1969, was a Washington lawyer who later moved to Santa Barbara, California where he was also a real estate developer. He died in a plane crash and his wrongful death case ascended as high as the federal Ninth Circuit Court of Appeals. 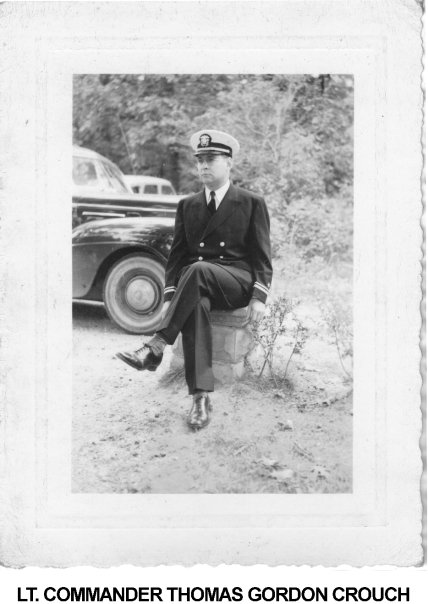 Thomas Gordon Crouch, 1910-2004. His practice with Crouch & Crouch in Arlington and Richmond emphasized tax, business, probate and estate planning law. A dedicated hunter, fisherman, sailor and Shriner. He led the funding and organization of the restoration of his great-great grandfather Jesse Crouch’s log house.

Leroy E. Batchelor, 1926-2012, served in World War II, including the Battle of Iwo Jima, and the Korean War. He was a criminal defense and general practitioner in Arlington. He represented Arlington County in a school desegregation case. He once argued before the U.S. Supreme Court. An accomplished seaman and boating instructor, he retired at 62. He and his wife spent much of the next two decades at sea.

Jack L. Melnick, 1935-2013, was an Arlington/Falls Church legislator, prosecutor, civic leader and lawyer. In the legislature, he led the effort for a crime victims’ compensation fund. He taught at George Washington University Law School. He restored and drove a Model A Ford. His probate and elder law practice continues with his son, Paul Melnick.

Thomas W. Murtaugh had a general, criminal, juvenile and family-law practice in Leesburg, Virginia. He represented people from all walks of life and excelled at presenting the human reality of his cases in everyday terms. He was gentlemanly and kindly to a fault. Richard and John Crouch learned much from him. He gave us John Janney’s books when he moved to West Virginia, where he practiced occasionally but is now fully retired.

Bill Findler 1948-2007 was widely admired as an Arlington lawyer, but even more as a Washington-Lee high school track coach, pillar of the church, and father of five. When he died suddenly after a morning run, his obituary on the sports page of the Northern Virginia Sun quoted John Crouch: “He was a leader for all of us. He was strong and honest. He told it like it is. He dealt with every situation with humor and integrity.”

Bryan Garner is a leading authority on legal writing and drafting. He redrafted the Federal Rules of Civil Procedure and several similar sets of rules, edits Black’s Law Dictionary, and wrote several books on legal writing, including two coauthored with Justice Scalia. It’s a stretch to include him here, because I don’t have a book from his personal collection; he gave me a copy of his Black’s as a sort of party-favor for answering a question right in a seminar. As I look up to him as a life-changing guru and kindred spirit, I cling to it like Dobby the House Elf clung to his employer’s discarded glove.

Richard Edelin Crouch, b. 1940, is a prolific lawyer, author, and activist.  He had a military, criminal, civil liberties, public interest and general practice before limiting his practice to family law and legal ethics and malpractice, and especially international and interstate family law. At the same time he edited BNA’s Family Law Reporter and other publications, then the Virginia State Bar’s Family Law News, and several family law books and practice guides. He is now retired.

Really cool recitation of local legal history as seen through the passing down of law books.

I do remember Leroy Batchelor. In between voyages he and his wife would sometimes drop in to talk to Earl Shaffer. I recall her account of riding out some hurricane which left their boat severely damaged. Scared her more than him, I think, but it was always fun to see them. I can't remember her name, but she was a good friend of Earl's, too.

Jack Melnick, too, especially since Earl wasn't averse to dropping in on him if we happened to be in Falls Church. He was an easy stretch down Park Avenue and Earl liked to touch base.

Bill Findler's loss hit Earl hard. He kept asking how a guy who stayed so much in shape and was so much younger could die like that. Talked about it for days.

And of course, I've had the pleasure of your dad's acquaintance. Earl always spoke very highly of him to me many times.

Keep up the tales of local legal history. They're fun to read.