Reply to Jeb & Warbucks Republicans: Reviled "base" is far closer to average voters than you are. 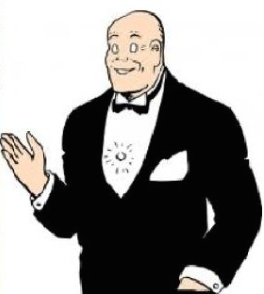 The Republican base is closer to the mainstream than the RINO/Bush/Country Club wing of the party. The base is more open that the RINOs to the involvement of a wide diversity of people (not just the wealth and privileged), including African-Americans, naturalized citizens, and working-class and small-business-class people; the base opposed the easy-lending/subprime mortgage policy that was backed by both Democrats and RINOs, which, along with the Wall Street bailout (likewise backed by RINOs+Democrats and opposed by the GOP base), wrecked the U.S. economy in 2008; the base opposes the dumbing-down of the schools ("Common Core"), which RINOs+Democrats support; the base opposed the so-called "Insure the uninsured!" campaign (run by leftists -- in partnership with the U.S. Chamber of Commerce, which hoped to dump Big Business's healthcare costs off on taxpayers), a campaign that, along with Romneycare, laid the groundwork for Obamacare; much of the base opposed the disastrous Iraq War, the illegal war in Libya that helped AlQaeda, and the attempt to intervene on the side of ISIS in Syria; the base, unlike the RINOs, opposes the Global Warming kooks (RINOs+Dems back a carbon tax; Obama's extremist EPA chief used to work for Romney); the base is properly freaked out about the level of the U.S. government's unfunded liabilities ($3 million per family-of-four), which mandates dramatic cuts in government spending if the economy is to survive in the long term, while RINOs couldn't care less. On most issues, the base represents sanity and responsibility, and the more that Republicans get attacked for playing to their base, the better they do, especially at the grassroots level. (At the level of state legislatures, the Democrats in 2014 had their worst election in more than 150 years.)

- - Commenting on "Jeb Bush on 2016: GOP needs to ‘lose the primary to win the general’". By Kasie Hunt on MSNBC.com. Or, as Allen expressed it, "Jeb Bush to CEOs: My strategy is to trick those extremist peckerwood boobs in the Republican Party into nominating me."