Home Archives Profile Subscribe
Brexit & US: Obama scolds UK 'to the back of the queue' for seeking independence; Cleese dissents
In Which Ancient Saxon Saint Brexit Saves Europe From Itself With Tigger-on-Rabbit Pooh-Jitsu

Brexitators All Googling "What's an EU" at Midnight Post-Vote? I Call BS on this Story: Let Me Count the Ways.

Leading mainstream news outlets, even The Washington Post, have taken a couple tweets about fleeting Google Trends results and stretched them into full-length articles, and probably a canonical chapter in the first draft of the history of the Brexit. One tweet reads, "+250% spike in "what happens if we leave the EU" in the past hour", followed by a dead link. Another is, "'What is the EU?' is the second top UK question on the EU since the #EURefResults were officially announced" -- with a graphic of the top five google question searches about the EU: I call BS, to an extent. Though it's certainly an entertaining dig at the Britons, and it's nice to hear a new & intelligent line of attack instead of the tired old completely groundless elitism. But while this lie flies around the world wide web in a thousand tongues, I've been helping the creaky old truth to struggle into its boots, get properly equipped to repel every possible fallacy it may meet and to carefully spare and cherish any truths hidden among the rubbish, and head off in pursuit.

Here's what these articles don't tell us:

Rational explanations for the "spike" and whatever the actual numbers may be:

"Athens, the strongest city-state in Greece prior to the war's beginning, was reduced to a state of near-complete subjection ... poverty became widespread in the Peloponnese, while Athens found itself completely devastated, and never regained its pre-war prosperity.[1][2] The ... conflict between democratic Athens and oligarchic Sparta, each of which supported friendly political factions within other states, made civil war a common occurrence in the Greek world. Greek warfare, meanwhile, originally a limited and formalized form of conflict, was transformed into an all-out struggle between city-states, complete with atrocities on a large scale. Shattering religious and cultural taboos, devastating vast swathes of countryside, and destroying whole cities, the Peloponnesian War marked the  dramatic end to the fifth century BC and the golden age of Greece.[3]"  (Wikipedia: Peloponnesian War)

My research did turn up other fun stuff, though: 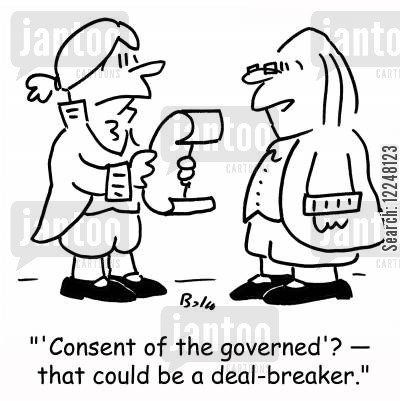 UPDATE: Other blogs addressed some of the same points:

2. Remy Smith reports that you can use Google AdWords Keyword Planner to find out the absolute numbers of people searching for a term, and here's what he found out about the "what's the EU" searches" --

In the month before the Brexit vote, 8,100 Britons googled “what is the eu.” That’s around 261 a day. Google Trends showed a huge spike in searches for that term the day after the referendum; assuming searches for the term tripled, that’s still fewer than 1,000 individuals googling “what is the eu” in response to the “Leave” victory. Hardly a sign of voters being uninformed.

The comments to this entry are closed.